When I was eight, my teacher sent me to the principal’s office for writing in chalk on the school walls. Mostly it was highly contentious and scandalous gossip such as “James Lyons loves Kate Hanley” scrawled over the brickwork, but I do remember drawing at least one love heart so it wasn’t completely without artistic merit.

Not long after that I got in trouble at home for writing street names and traffic signs on the walls of our patio area where my brothers and I were playing. It was a stupid game, consisting mostly of the pedestrian (me) getting run over by drivers (my brothers) speeding around in peddle-powered plastic cars, and I distinctly remember thinking neither the graffiti nor the game were worthy of the punishment I got. 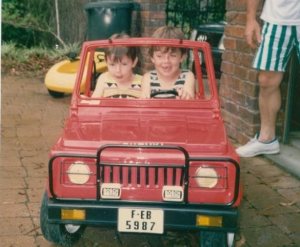 You thought I was joking, hey?

Chalk is temporary. I had specifically chosen it for its impermanence. I guess the offence was in the content, not the medium, which is probably why no one is complaining about the graffiti that’s been appearing at Ohio’s Columbus College of Art & Design.

In what must be the ultimate PR move for two design graduates about to hit the workforce, an anonymous duo known as Dangerdust have spent their final year adorning a blackboard at the college with insanely detailed chalk graffiti. The first piece was appropriately a Banksy quote, but as teachers and students began to respond favourably the work became more intricate and involved. It didn’t take long for Dangerdust to become a hit on social media with over 50,000 followers on Instagram, and now that the story’s gone viral that number’s only going to increase.

The whole thing is pretty incredible. I mean, it’s not like they’re the first people ever to be good with a stick of chalk. Cafes with chalk drawn menus are everywhere, as are street artists. Dick van Dyke did it in Mary Poppins for god’s sake. 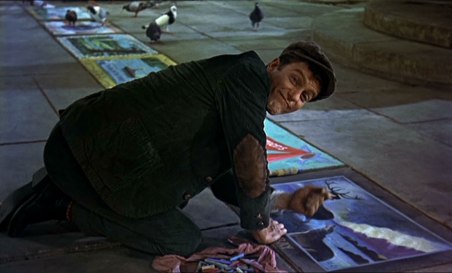 But something about Dangerdust’s work has really engaged people. That it’s anonymously done within the walls of a learning institution where structure ordinarily governs life would have something to do with it. Unexpected events always warrant a second glance. It’s more than that though. I suspect that while they undoubtedly stand to gain from this exposure, the real attraction to what Dangerdust has been doing is in the initial intent – as a bit of fun, a piece of altruistic entertainment. Dangerdust just wanted to have a break from study, get out of the computer lab and make people smile. And in that context, the attention seems perfectly justified.

The duo behind the dusty artworks graduated college last week, still under a shroud of anonymity. I’m interested to follow their story – to see what opportunities, and identities, eventually emerge from their clandestine project! 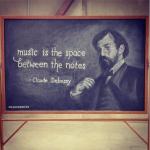 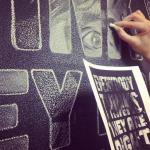