Eudora Welty, author and Pulitzer Prize winner, once applied for a position with the New Yorker magazine. She was a frustrated 23 year old university graduate, discontented and frustrated with the options being afforded to her as a young woman in 1933.

The magazine ignored her application – no wonder, they were probably terrified of such a forthright female in only her early 20s – but fortunately it survives, because it’s pretty bloody great.

I suppose you’d be more interested in even a sleight-o’-hand trick than you’d be in an application for a position with your magazine, but as usual you can’t have the thing you want most.

I am 23 years old, six weeks on the loose in N.Y. However, I was a New Yorker for a whole year in 1930– 31 while attending advertising classes in Columbia’s School of Business. Actually I am a southerner, from Mississippi, the nation’s most backward state. Ramifications include Walter H. Page, who, unluckily for me, is no longer connected with Doubleday-Page, which is no longer Doubleday-Page, even. I have a B.A. (’ 29) from the University of Wisconsin, where I majored in English without a care in the world. For the last eighteen months I was languishing in my own office in a radio station in Jackson, Miss., writing continuities, dramas, mule feed advertisements, santa claus talks, and life insurance playlets; now I have given that up.

As to what I might do for you— I have seen an untoward amount of picture galleries and 15¢ movies lately, and could review them with my old prosperous detachment, I think; in fact, I recently coined a general word for Matisse’s pictures after seeing his latest at the Marie Harriman: concubineapple. That shows you how my mind works—quick, and away from the point. I read simply voraciously, and can drum up an opinion afterwards.

Since I have bought an India print, and a large number of phonograph records from a Mr. Nussbaum who picks them up, and a Cezanne Bathers one inch long (that shows you I read e. e. cummings I hope), I am anxious to have an apartment, not to mention a small portable phonograph. How I would like to work for you! A little paragraph each morning— a little paragraph each night, if you can’t hire me from daylight to dark, although I would work like a slave. I can also draw like Mr. Thurber, in case he goes off the deep end. I have studied flower painting.

There is no telling where I may apply, if you turn me down; I realize this will not phase you, but consider my other alternative: the U of N.C. offers for $12.00 to let me dance in Vachel Lindsay’s Congo. I congo on. I rest my case, repeating that I am a hard worker.

Eventually they saw the error of their ways and gave her a job, though sadly “concubineapple” never caught on.

Perhaps it’s time to give it another run… 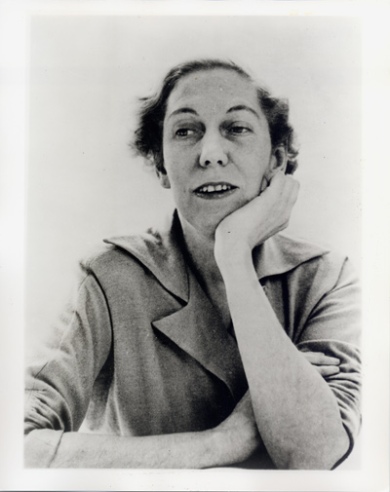