I think I’ve read about this hundreds of times now, but it never stops being thoroughly enchanting! 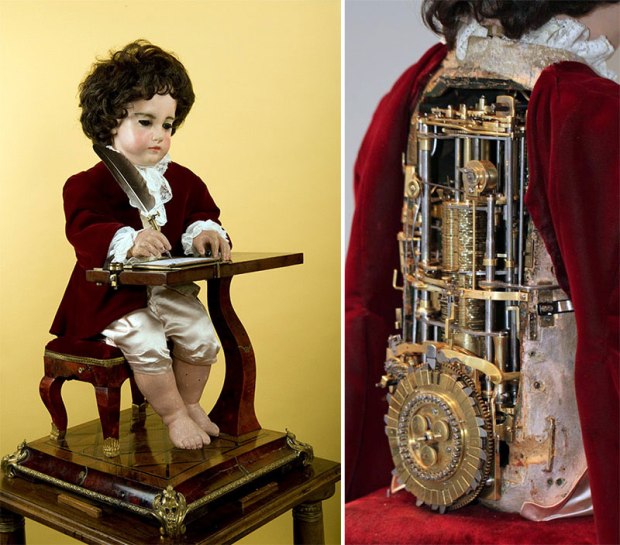 An automaton (plural: automata or automatons) is a self-operating machine or robot. Seen above is the Writer, an automaton built in the 1770s by world-renowned Swiss watchmaker, Pierre Jaquet-Droz (1721-1790).

Made from nearly 6000 parts, the Writer is a self-operating, programmable machine, capable of writing letters and words with a quill pen. The 240-year-old machine is said to be a distant ancestor of the modern-day, programmable computer.

From the BBC programme Mechanical Marvels: Clockwork Dreams (which can be viewed in its entirety here), Professor Simon Schaffer explains this remarkable creation by Pierre Jaquet-Droz in the must-see video below. 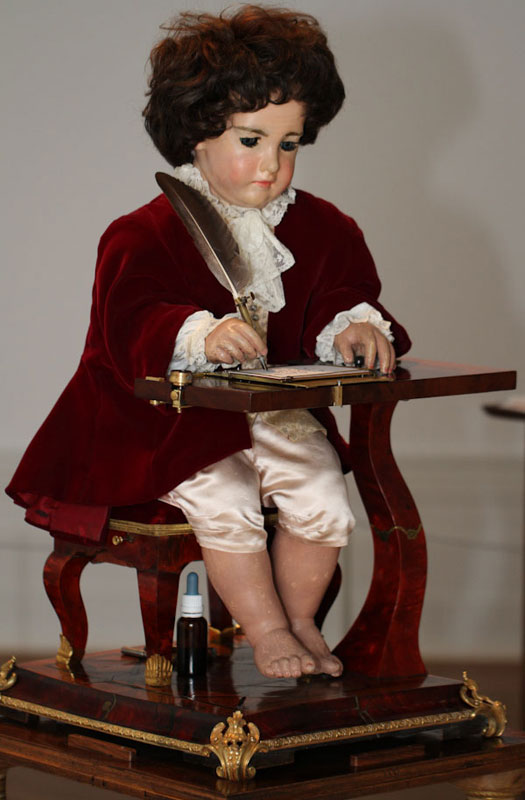 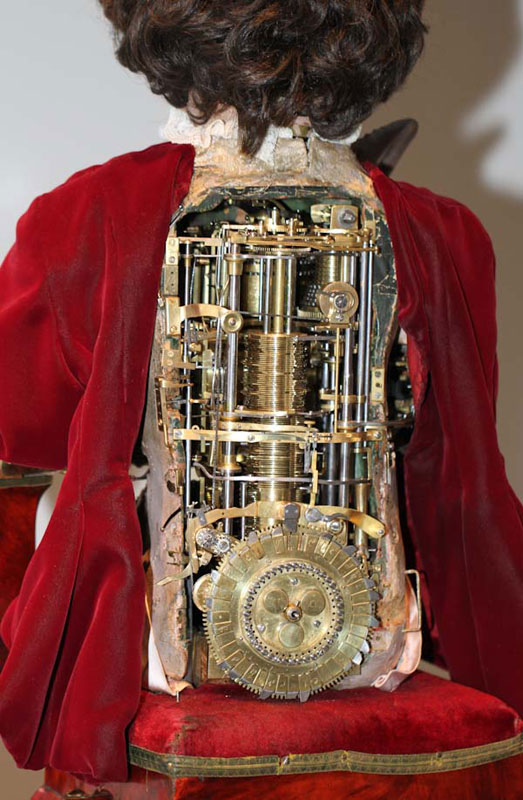 According to Aerial Adams of A Blog to Watch, The Writer inspired the principle ‘character’ in the Martin Scorsese movie Hugo. The machine works by using a crank to wind up the mainsprings. From…