When I was five I had a piece of honey cake at a floating restaurant in Hong Kong that remains one of the most impressive culinary experiences of my life. It was so good that, for years, all I wanted was to go back and have more. Thirty-two years later I’m still desperate to get back to Hong Kong, though these days it has less to do with satisfying a sweet tooth than it does the Asian arm of international art fair Art Basel.

Founded by gallerists in 1970, Art Basel was formed around the premise that encouraging and supporting galleries who nurture artists is good for everyone – creators, dealers and consumers alike. And based on the success of the three enormous art shows they put on annually – in Basel, Miami and Hong Kong – it’s a premise that has become a reality.

Now in its third year, Hong Kong is the newest of these massive events. With China the fastest growing market for contemporary art in the world, accounting for 22% of global sales in 2014, it was a savvy move to launch when they did. Art Basel Hong Kong is now the most important art fair in the Asia Pacific region, with high sales reported for the second year running. That they attract the likes of Anish Kapoor and Jeff Koons probably doesn’t hurt either.

Big-time collectors have been opting to buy at art fairs rather than privately for a while now, which I guess has a lot to do with how many people get to see you signing the cheque. Squash that many egos and that much money in a room, and Art Basel Hong Kong is an event sure to sell artwork. Not that it’s any different on a local scale. Just last year I had a weird moment when a friend who really liked an artwork he’d seen in Sydney wouldn’t buy it because the opening night had already passed and it wasn’t “as exciting as purchasing it on the night.” I guess it all depends on whether you’re buying the art or the status. Same wank, different city.

In any case, the reason I love these big exhibitions is the sheer breadth of art practice on display. Everything’s covered, from massive wow-factor installations to tiny works on paper, and with almost 250 exhibitors from all over the world it’s a great chance to see what’s inspiring contemporary art globally. What they lack in intimacy they make up for in range. And the real revelation has been in the extraordinary art coming out of South Korea. 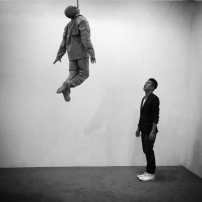 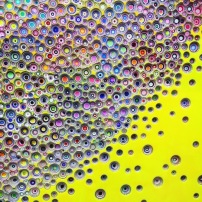 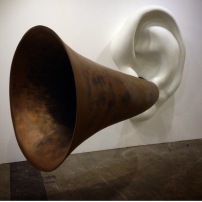 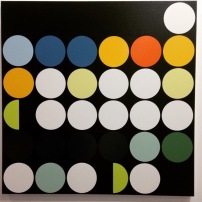 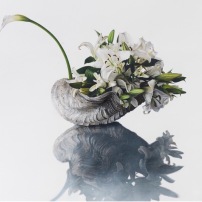 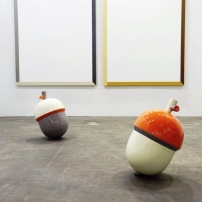 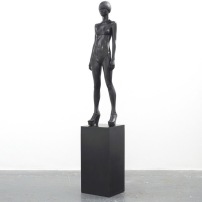 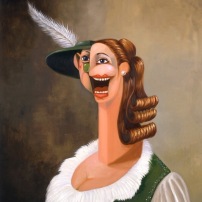 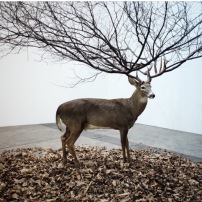 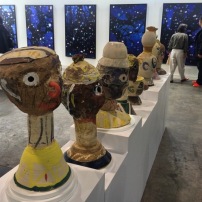 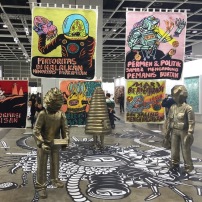 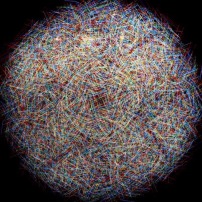 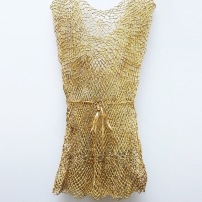 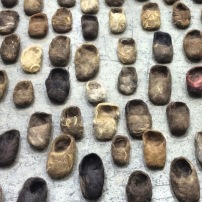 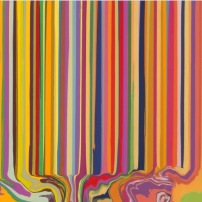 This year has also seen the arrival of a new fair, with the Inaugural Art Central Hong Kong taking place alongside Art Basel, and the feedback from exhibitors and audiences alike was the same – this was where the best art was to be found, away from the spectacle of Art Basel. Held at the new Central Harbourfront development, 77 galleries welcomed 30,000 visitors to view the 400 artists on display including Yayoi Kusama, Denys Watkins, Kate Mccgwire, Polly Morgan and Ian McKeever, so they haven’t exactly started small. 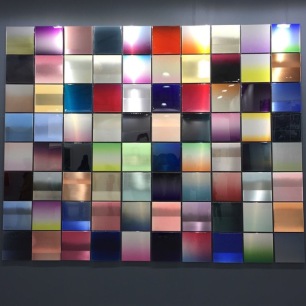 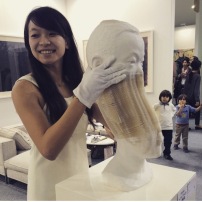 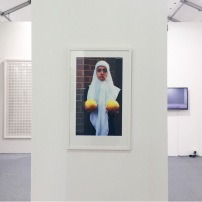 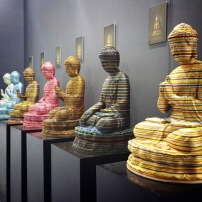 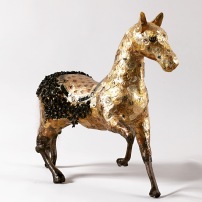 The arty merrymaking finished today, but not before Susan Sarandon and Victoria Beckham had a wander around. Whether or not they bought anything no one’s saying, but my guess is they were really in town for the honey cake.

We’ve seen her face (and copious lengths of hair) as her dad’s main muse for so many years, it’s easy to forget there’s a real life young person called Phoebe behind the paintings, growing up and finding her way in the world.
Today’s #sundaysculpture goes out to the massive wall of dicks that protested lockdowns in Sydney and Melbourne yesterday.
Clever writing and a tongue in cheek approach to casting, acting and staging make La Boite’s Caeser worthy of purchasing a ticket. I will always be a big fan of a Shakespearean play that contains almost no Shakespearean language 😬😅.
Watching Australia plunging back into CoVid lockdown like… 🤯.