World Science Festival Brisbane (WSFB) was to be held 25-29 March 2020 this year, until COVID-19 reared its ugly germs. It’s not an event that immediately screams ‘art and culture’, but every year the producers devote an increasing portion of their programming to intersections between art and science i.e. a couple of years ago I curated an exhibition for WSFB of  12 artists whose practices are inspired by museum collections called ‘Curios?’

One of those artists was Deb Mostert, whose illustrative drawing practice often records museums, their collections and the staff who care for them, in a style reminiscent of historical scientific illustration. Deb’s practice was to be highlighted in a panel discussion alongside the work of fellow artists such as Alinta Krauth and Jason Nelson. Alinta had been working on a projection to light up the underbelly of Queensland Museum’s massive suspended humpback whales, which may well have been the one time I wasn’t scared shitless of those massive, moaning things! 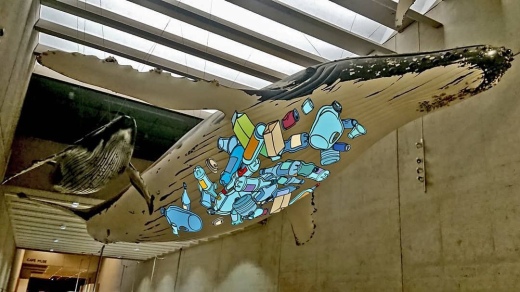 In addition, Queensland Museum had planned a huge Scientific Drawing Room full of taxidermy from their collection which people could sit and draw in, as well as info sessions with Heather Janetzki, Collection Manager – Mammals & Birds, Biodiversity Program, about all the back of house work that goes on, and some of the incredible Collection volunteers who keep the museum going. Sounds AWESOME, no?! Here’s hoping they put that idea on ice and realise it some time in the near future. Maybe even as a permanent feature of the museum…

Until then, here’s a selection of work Deb had planned to show at WSFB 2020. You can also check out more of her practice via her Instagram and website. 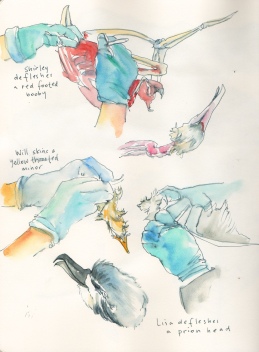 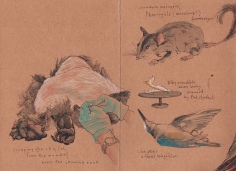