There’s been a proliferation of ‘blink and you’ll miss them’ art shows in Brisbane over the last month, all of them adding to the buzz and vitality of the city’s art scene at the moment.

For three days only, the Hold Artspace in West End was given over to the work of local artist Christian Flynn, whose geometric abstractions are a study in colour, form and intent. A Heiser Gallery off-sight exhibition, ‘An Index of Possibilities’ continued Flynn’s exploration of abstract and non-objective painting, inspired by his interest in science fiction and the function of life.

There is a friction in Flynn’s work that isn’t always apparent in the solid shapes and hard lines of geometric painting, with the markings and under layers of experimentation visible to the viewer. This glimpse into Flynn’s technique directly contradicts the absoluteness and scientific precision of block colour and severe lines. For work that at a distance seems so committed and resolute, it is a nice little insight into the trial and error of his painting, the imperfections a reminder of the organic nature of all creative process.

A lot of writing about geometric abstraction references old television test patterns, and aesthetically I get it. But those test patterns are by necessity static, a highly scientific tool to help broadcasters recalibrate their equipment. The energy underpinning Christian Flynn’s work is markedly different to that, reminding me more of the movement of Chris Burden’s kinetic work ‘Metropolis’ than the static, and slightly sinister, ABC test pattern I remember from my childhood.

Brisbane was treated to just a sampler of Christian Flynn’s work this time round, but Melbourne is in for a longer party with a solo show at Nicholas Thompson Gallery running from August through to September. I’ll be watching to see how our serious southern counterparts respond. 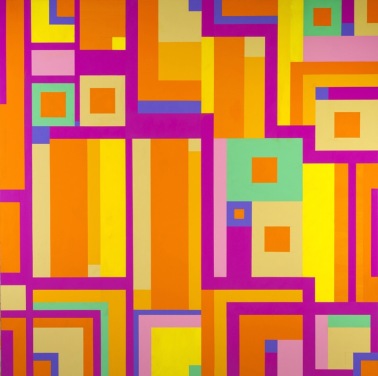 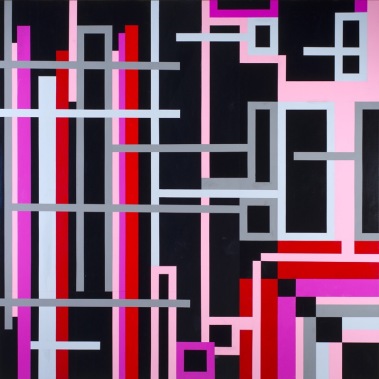 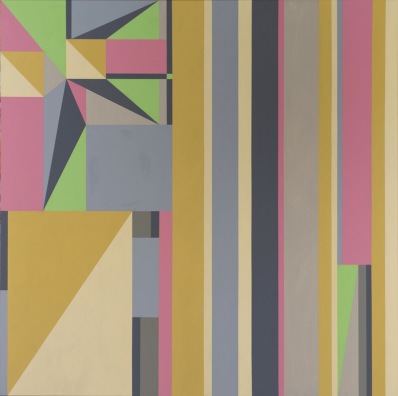 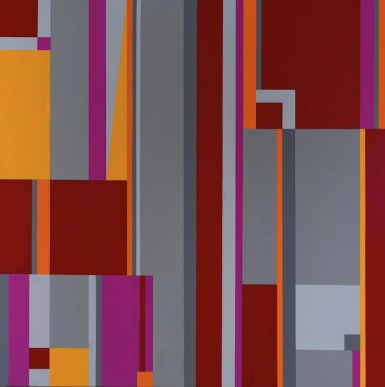 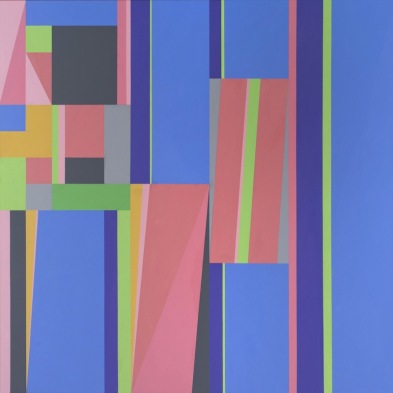 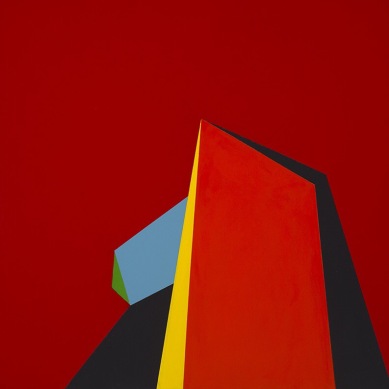 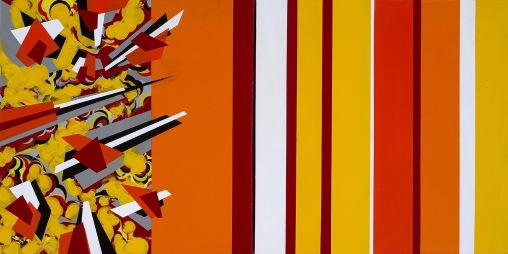