Every work of art is an uncommitted crime.”
Theodor Wiesengrund Adorno, Minima Moralia

I’m not sure there are too many places with less ambience than law libraries. Morgues, perhaps. Or dentist waiting rooms, I suppose. But if oppressive silence mixed with stifling beige is what you’re after, then the Library of Law is the place for you.

It’s always seemed a shame to me that the endless stacks of periodicals, journals and peer reviews don’t hold a few more literary titles. Lawyers are probably the only profession other than writers for whom the use of language is paramount, so a few examples of words at their most beautiful wouldn’t be completely out of place. But maybe they don’t like to taint the imaginative with the dry, and in fairness some of those law texts make War and Peace look like an early reader. Better to stick with the weightier tombs, titles like Local Government Law Journal, Stanford Law Review and Lloyd’s Maritime and Commercial Law Quarterly (my personal favourite). That being the way things usually are, it’s really quite exciting to see that Brisbane’s Supreme Court Library have undertaken to devote serious time and money to promoting fine art in their space. 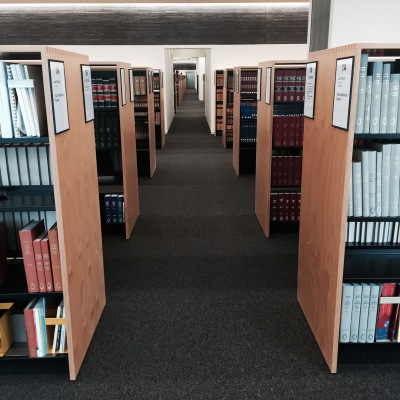 The brief sounded simple enough. Discerning Judgment would bring together nine contemporary Australian artists whose work in some way spans the gap between art and the legal profession, and pair them with legal mentors in order to collaboratively explore the role of judgment in the lives of both lawyers and artists. To tell you the truth (the whole truth, and nothing but the truth) I thought it sounded a little dull. I had visions of Bill Henson-esque controversies and copyright infringements, artists willing to go to prison for their ‘craft’ and fraudulent masterpieces sold by dodgy New York dealers. But what co-curators John Stafford and Jodie Cox have brought together is nothing like that. Discerning Judgment is witty, absorbing and surprisingly wide in scope considering the size of the exhibition.

The artists selected for inclusion are a bit of a motley bunch, in that their art practices and subject matter are so varied. For some, their connection to the legal profession is obvious and deeply personal. For others, the relationship is more arbitrary.

Robert Andrew, whose enormous ochre-dripping mechanical work ‘Information Transfer #2’ dominates the foyer on arrival, is driven by his indigenous heritage, as are Judy Watson and Michael Cook. These are works that reverberate with questions of identity and self worth – Where do we stand, according to the courts? Who are we in the eyes of the law? What role did an act of law, The Aboriginal Act, have on my family and who I am today? Complex and important questions that the law continues to find difficult to answer. 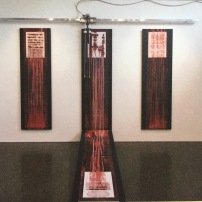 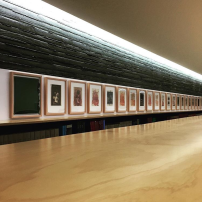 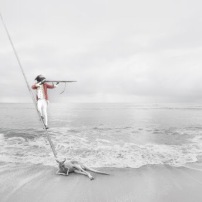 Hot young artist Tyza Stewart is also engaged in a process of self discovery, with self portraiture providing an ideal vehicle for testing the limits, both legal and social, of gender identity and body modification. Is how we perceive ourselves any less valid when it’s not legally recognized? What if we’re recognized legally but ostracized socially? 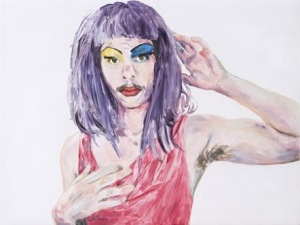 Equally personal, but more widely identifiable, is ‘Law and Order’ by sculptor Linde Ivimey. Made while engaged in what was to become an incredibly protracted and emotionally taxing divorce, the work is a catharsis. Each part of the creative process helped to relieve the grief, anger and frustration she experienced as the legal wrangling wore on (NB: to the curators – this work needs more light!). 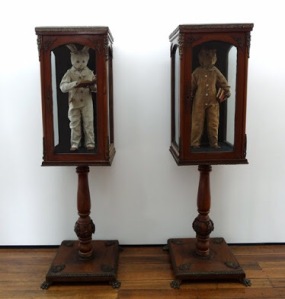 After such intense introspection, it is a relief that the remaining four artists are represented by works covering much broader ideas of history, the past and the role art can play in our collective future. Interestingly, and I suspect unintentionally, these artworks are also engaged in a conflict of intent that brings the idea of judgment back in to focus. 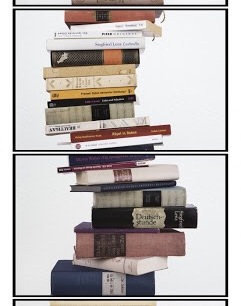 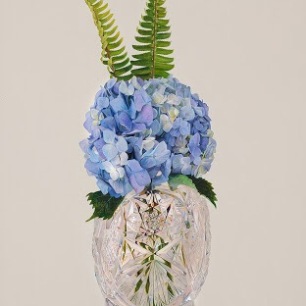 Through their inclusion in Discerning Judgment, Joachim Froese and Michael Zavros want to draw attention to art’s chaotic ability to transform and disrupt space, forcing people to consider art by taking it out of its usual gallery context and installing it somewhere unexpected. Victoria Reichelt and Kylie Stillman subvert that entirely, focusing not on using art to fill a void they see exists, but to highlight what we’ve already lost. These works are about what is absent, what we’re missing and what can’t be replaced. 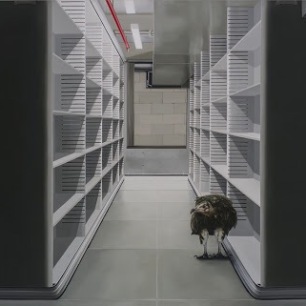 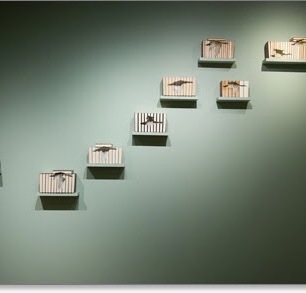 The manifesto behind Discerning Judgment was that it would begin a conversation between two disparate professions and encourage them to find similarities where they ordinarily perceive difference. But anyone who has friends on both sides of this roundtable discussion could tell you that this oppositional hype is just a beat up. Almost every lawyer you’ll meet will lay claim to a frustrated creative side, while almost every artist will tell you life would be easier if their profession had more stability. That common area of discontent is what makes solicitors some of the most ardent and supportive collectors of art in the world. The beauty of Discerning Judgment is that it has slipped so easily in to the space it inhabits, requiring absolutely no justification for its being there.

I’m going to sign off by returning to my literary theme in order to misquote Charles Dickens, who I think buggered it up when he wrote Oliver Twist all those years ago.

The law, as it turns out sir, is an art.

Vale 🖤
Lovely little enclave at HOTA of works by three great artists: Elisa-Jane Carmichael, Libby Harwood & Judy Watson.
Skewed perspectives and tiny details in William Robinson’s ‘Lyrical Landscapes’ at HOTA, Gold Coast.
This one goes out to my Sydney friends and family heading back out into the fray today! Here’s hoping your new premier knows what he’s doing 🤞🤞🤞.

Copyright © 2021 Create a free website or blog at WordPress.com.