Basically, at the very bottom of life, which seduces us all, there is only absurdity, and more absurdity. And maybe that’s what gives us our joy for living, because the only thing that can defeat absurdity is lucidity. Albert Camus

People are weird. They’re frigging weird. I’m not talking about the crazies woven in to the social fabric of big cities, like the guy on my bus who punches the air around him and whispers “boo” in fellow commuters’ ears, or the witchy-looking woman on a Paris street who pointed her finger at me through a foggy window and screamed some unintelligible French curse on me because I happened to meet her eye. No, I’m talking about the rest of us…the ones who watch reality television and make stars out of people like the Kardashians and Honey Boo-Boo, who’ll eat a Big Mac and an extra large fries at McDonalds but counter it with a Diet Coke, or who have hot wax poured on our genitals in an attempt to look more aesthetically pleasing but freak out at the thought of a pap smear or prostate check because that’s just a bit too invasive. You know, us ‘normal’ people, who live our lives without any idea of our own inherent madness.

When you really anaylse human behaviour it’s amazing we’ve survived this long at all. At best we’re a bit crazy; at worst, we’re batshit insane. Jumping out of aeroplanes for the fun of it, stubbornly puffing away on cigarettes regardless of the risks, working to earn money for things we never get to enjoy because we’re to busy working for the next thing, spending thirty minutes in the toilet paper aisle of the supermarket because we can’t decide whether we want aloe vera or eucalyptus-impregnated tissues (okay, that might just be me). Little of what we do in our lives between our arrival and departure makes much sense and we know it. That’s why self help books and Oprah Winfrey became so huge – we needed pseudo-science to tell us what was relevant.

One person unlikely to be loitering around the self-help section of Dymocks is American-born, Sydney-based artist Amber Boardman, who has scooped up whatever existential crises she may have been experiencing and painted them out of herself in her distinctively absurdist style.

Women at the gynecologist, grown men playing at being Boy Scouts, couples getting kinky in the shower, art dealers with big shoulder pads, melodramatic daytime television – scenes from daily life that have struck Boardman in her inner absurd-o-meter. Where the rest of us encounter these moments and keep on moving, perhaps with an eye roll and a shake of the head, Boardman invites these people in to her art practice, creating back stories and strange fantasy worlds to explain away their behaviour. Or rather, our behaviour.

It’s a genius move really, engaging vaguely human creatures in easily identifiable daily activities in order to highlight our foibles. It’s absurd to see a fleshy blob performing yoga moves, but is it any less absurd than actually taking part in one of those classes, with all the contorting and involuntary noises that accompany it? An egg with a hangover is grotesquely funny, but is it any less funny or gross when it’s a human in the same condition?

These are wry observations made by someone who clearly delights in the peculiarities of people. Funny things happen to us all the time, we’re just too busy to notice, but Boardman examines the world the way writers do, taking in everything around her and questioning everyone’s motivation. She is not a passive observer, constructing narratives as a way of resolving her curiosity, using humour and irony to bring the story to its inevitable end.

Perhaps the most delightful part about Boardman’s work for me is that the questions she ponders have an almost child-like approach to them, being both literal and disarmingly logical. Kids are perceptive little things whose lack of inhibition and tenacious questioning makes them the perfect bullshit detectors. From the first moment they suspect what’s coming out their parents’ mouths may not be entirely accurate, they develop a delightful form of cynicism that makes them totally distrustful of “your face will stay like that” and completely naïve to “I have eyes in the back of my head.” These paintings are a kind of homage to the nervous giggle a child produces when know they’re being told something nonsensical, but they’re not quite sure which part of the story it is.

And that, to me, is life in a nutshell. I know the world is fucking crazy. I’m just not sure if it’s them or me. 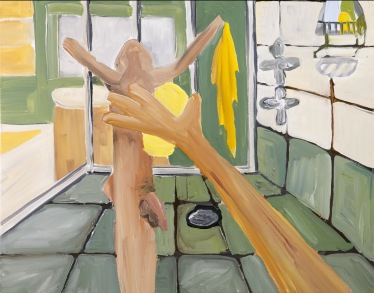 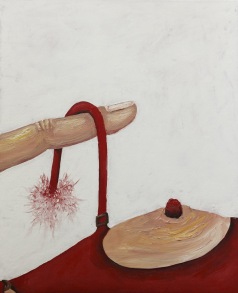 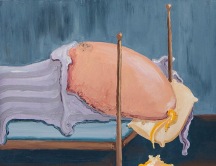 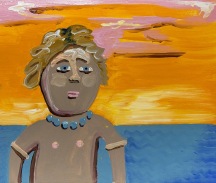 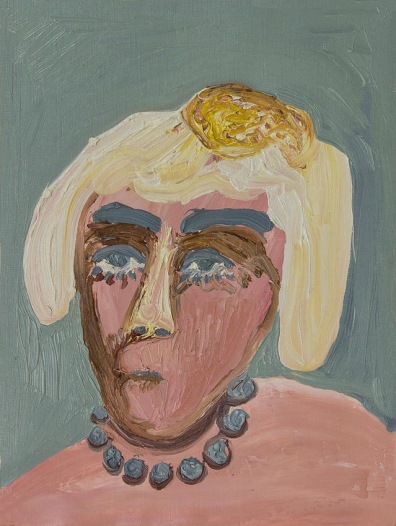 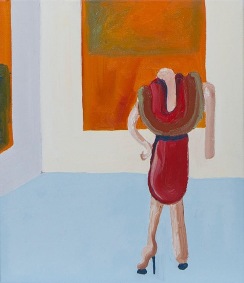