Sometimes you get a look at the inner workings of a person’s brain and what you glimpse in there is so unlike the mind of any other you’ve ever seen, that it makes you never want to view the world the usual way again. So it is with my friend, Linde Ivimey. 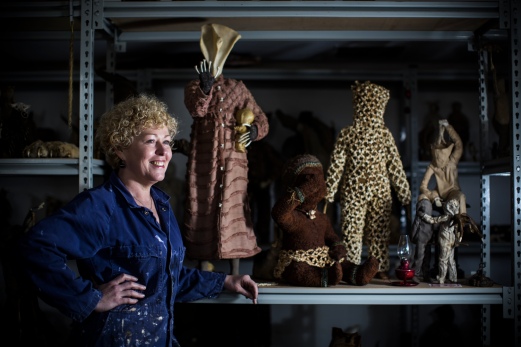 Linde’s brain is extraordinary. If you’ve seen her sculpture you already know she has an ability to cut through the inner noise of life, comprehend labyrinthine notions of spirituality and somehow elucidate even the most hideous of human behaviours – and turn all that into sublime works of art. What you wouldn’t necessarily pick up on is that she is riotously funny, wickedly mischievous, thoroughly ridiculous, and has a way of using language that is so unique and precise, she quite often stuns me. She is fiercely intelligent. If she suddenly decided she wanted to be a writer she easily could be, though frankly I hope she doesn’t – the last thing I need is the competition. Thank god she’s a fairly average speller, or the damn woman would be insufferable.

I don’t think anyone meets Linde and doesn’t fall immediately in love with her. She’s disarmingly forthright, but charmingly so. When she speaks publicly, people hang off her words. She has an undeniable aura about her that everyone mentions. People gravitate towards her. She just kind of glows. I’ve seen busy nurses not want to leave her hospital bed because they were enjoying the conversation too much, and old ladies in art galleries virtually trip over themselves trying to get close enough to hug her. She brings out people’s maternal side.

Being a friend of Linde’s means not blinking an eye when you’re in a restaurant with her and the bones from your plate suddenly disappear, because you know they’ve just been wrapped in a napkin and shoved in her handbag. It means keeping a bag full of laundry lint, broken trinkets and bottle tops. If you lose a tooth, she’s likely to ask for it. When you get all your hair cut off, she’ll probably want the snippings. Leave her with anything unwanted for long enough, and her fingers will start itching and something incredible will begin to appear. She sees beauty in just about everything. Making something out of nothing is second nature to her; she’s been doing it her whole life.

It’s no surprise to me that people talk about Linde’s artwork the way they talk about her personally. A curator at the University of Queensland’s Art Museum mentioned never feeling alone while working on her survey exhibition a couple of years ago; that she constantly felt the need to talk to the sculptures and check they were okay. Sometimes in the studio, you’d swear you saw the works breathing out the corner of your eye. They give off an energy that is almost talismanic. It all sounds a bit weird and ‘new agey’ I suppose, but when you consider how much of herself is deeply imbued in each work it seems entirely plausible that they would take on some of Linde’s aura. None of her sculptures arrive easily; they all carry the weight of her contemplations.

We all drag with us a bit of history. I think it was George Bernard Shaw who said “if you can’t get rid of the skeleton in your closet, you’d best teach it how to dance”. I always imagine a madly jiggling skeleton when I read that quote, but in Linde’s case it’s more a beautifully choreographed ballet of bones. I find it difficult to put into words the effect her art has on me – a rare mix of pride, and elation, and strengthening. Critics have described it as something akin to a religious experience, but that disregards the highly personal engagement with Linde you enter into when viewing her work. It hasn’t been such an easy life for my dear friend, but rather than self-destructing she has found a way to reconcile her experiences that is healing for both her and her audience.

Perhaps she’s a modern day shaman. I wouldn’t put it past her. 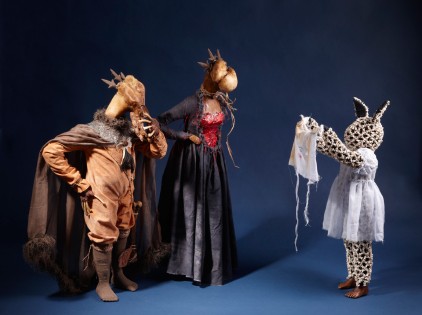 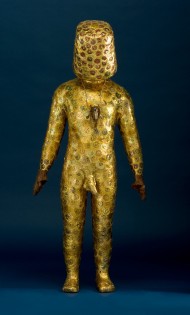 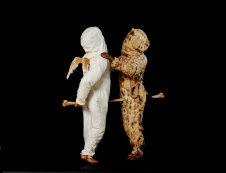 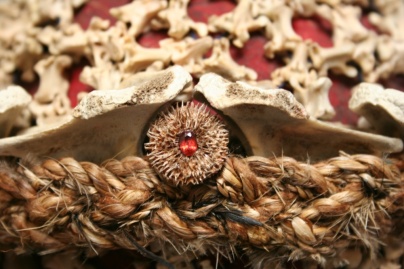 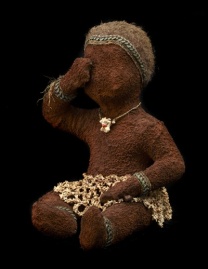 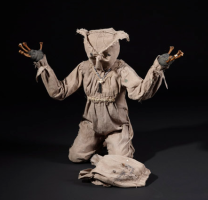 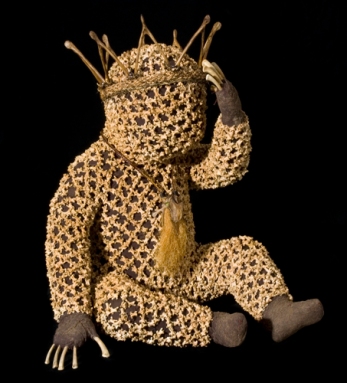 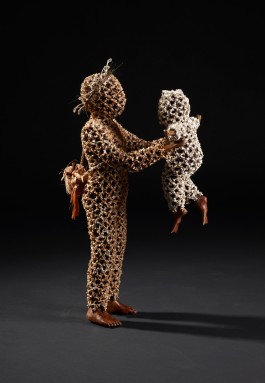 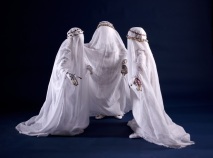 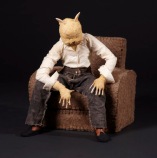