I hate to start yet another internet post with “if you’re under 30 you won’t remember this” but actually, if you’re under 30 you won’t remember this. You won’t remember when film was the only option for photos. Yeah, yeah – I get all you hipsters know about film, but you only know about film as one of several options. For us it was the only option. Well, there was Polaroid but the only fun there was watching it develop – and we soon realised how impractical it was when you were forced to carry the night’s photos around with you for the rest of the evening. So we stuck to film. If you screwed up a shot, you wasted the film. And there was no way of knowing whether you’d managed a good shot until you got the roll developed.

I was forever mucking around with cameras as a teenager, trying to discover the artistic ability that I was sure lay inside me. And I was forever collecting envelopes full of dodgy photographs from the developers. NO CHARGE, NO CHARGE, NO CHARGE – printed on one photo after the other as I wasted roll after roll waiting for my photographic talents to come to the fore. I think I managed one image in 20 years that could have been considered arty, and that was by accident. Forget actually trying to manipulate the film during the development process. Where friends were able to master the photo lab during high school art class, I didn’t even bother attempting it. I stuck to flirting with the teacher, figuring that was the only way this philistine would avoid failing the subject. It must have worked because I passed, but I never did learn how to take a good photo.

Thank god for digital cameras and Photoshop (which I’ve also never discovered any creative talent while using) and Instagram lenses. We all feel like Helmut Newton and Annie Leibovitz now. Sometimes even I manage a half decent shot, provided the target is inanimate and I’m not inebriated. And now it’s easy to forget there were ever artists working who’s abilities and techniques were so finely tuned that they were able to create stunning images without digital manipulation.

Which is why I find Ukrainian photographer Oleg Oprisco so incredible. His work would still be stunning even if it was the result of Photoshop, but the fact that he works exclusively with medium format film and relies only on carefully considered colour-schemes, self-made props and the weather to create his images makes it all the more astounding. Each frame is a fairy tale, connecting the model, the scenery and the photographer in one complete, ethereal narrative.

How lucky we are to be his audience.

All images taken from his official facebook page – https://www.facebook.com/opriscophotography 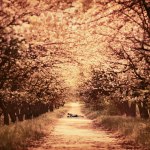 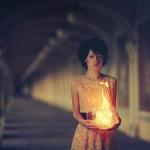 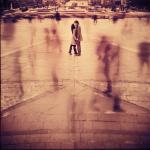